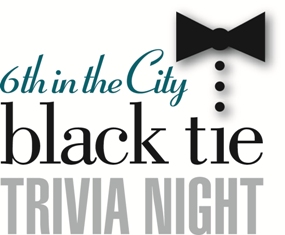 Hosted by comedian Mo Mandel, our first-ever young professional fundraiser is a dressed-up Trivia Night with live entertainment, exciting prizes, and gourmet food. Team up to help Sixth & I raise money to support the 6th in the City programs you love.

Don’t have a team? Don’t worry! Register now and we’ll help you form a team at Trivia Night.

Grand Prize: One year of free Sixth & I events

Mo Mandel is a comedian and actor who regularly appears on Chelsea Lately and has starred opposite Hank Azaria in the NBC sitcom Free Agents. Mandel has also appeared on Modern Family, Happy Endings, Conan, Love Bites, Craig Ferguson, and in his own highly rated Comedy Central Half-Hour Special. Mandel’s first CD, “The M-Word” is out on Comedy Central Records.

Through the generosity of the Cohen Family Foundation, the full ticket price of this event is tax-deductible.