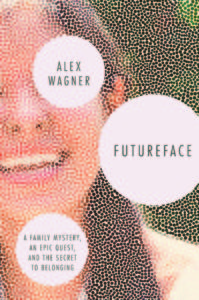 In Conversation with Vann Newkirk II

The daughter of a Burmese mother and a white American father, Alex Wagner—co-host of Showtime’s The Circus and a contributor to CBS News and The Atlantic—grew up thinking of herself as a “futureface,” an avatar of a mixed-race future when all races would merge into a brown singularity. But when one family mystery led to another, Wagner’s post-racial ideals began to fray as she became obsessed with the specifics of her own family’s racial and ethnic history.

Drawn into the wild world of ancestry, Futureface: A Family Mystery, an Epic Quest, and the Secret to Belonging chronicles Wagner’s quest around the world—and into her own DNA—as she searches for answers to the mystery of her own ancestry and to the ultimate questions of who she really is and where she belongs. Along the way, the journalist raises deeper questions about the American experience of race, immigration, exile, and identity. Wagner was formerly the host of MSNBC’s Emmy-nominated Now with Alex Wagner. In conversation with Vann Newkirk II, a staff writer at The Atlantic. Book signing to follow.