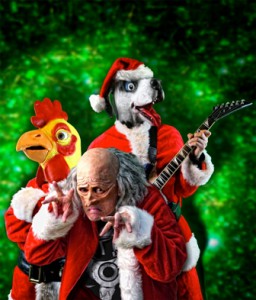 An Evening with The Residents

Holding up the underground since 1972, The Residents celebrate four decades of unbridled creativity with The Wonder of Weird, their 40th anniversary tour.

Regarded as icons in the world of experimental music for nearly 40 years, The Residents are often credited with being among the originators of performance art and music video. The band’s groundbreaking work in the areas of trance, world fusion, electronica, punk, industrial, and lounge music has spawned a four-decade long career that has also taken them into the world of film and television music.

They have scored several episodes of The Pee Wee Herman Show, Hunterson the Discovery Channel, and the films, The Census Taker, Heaven, Conceiving Ada, Condo Painting, Thomas Pynchon: A Journey into the Mind, Investigation into the Invisible World, Strange Culture, and several projects for MTV.

Having already released ten DVDs, and a 60 episode internet series, The Residents are also thriving in the world of digital media.