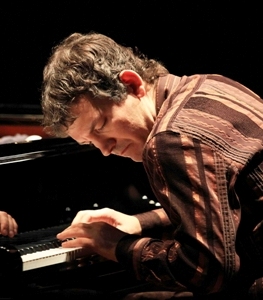 One of the most lyrical and intimate voices of contemporary jazz piano, Mehldau combines jazz exploration, classical romanticism, and pop allure. He has won admiration from both jazz purists and music enthusiasts alike for his work as a bandleader, as well as his collaborations with Pat Metheny, Renee Fleming, and Joshua Redman.

Alongside his own catalogue of original compositions, Mehldau’s work includes re-workings of songs by songwriters like The Beatles, Cole Porter, Radiohead, Paul Simon, and Gershwin.

Mehldau has become “universally admired as one of the most adventurous pianists to arrive on the jazz scene in years.” – Los Angeles Times