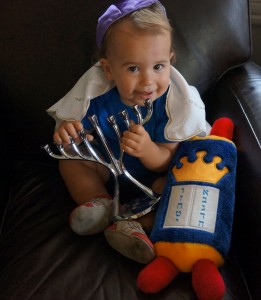 During Chanukah, experience the 9th annual night of funny, poignant, powerful, and peculiar autobiographical stories about all things Jewish, not-so-Jewish, and wanna-be Jewish. Storytellers include:

Cody Pomeranz is a speechwriter from Cincinnati. He is the youngest of six children and spends his free time doing stand-up comedy and crying over his beloved Cincinnati Bengals.

Heidi Maria Zansler teaches Geography and American Government to 7th and 8th Graders. She is an aspiring novelist working on a book about a woman embracing her newly discovered Jewish Identity.

Rachael Strecher works at the Aspen Institute, where she encourages health and development experts from developing countries to tell their own stories on the global stage. This is her storytelling debut.

Shai Fierst served in the Peace Corps in Suriname, South America, and recently got married in Bogota, Colombia. A dual citizen of the U.S. and Israel, Shai enjoys stories as a way to connect with people and explore identity.

Arianna Skibell is a writer and journalist currently covering climate change and Congress. She won the Bright Ideas Award in kindergarten and has been thinking ever since.

Irina Vayndiner, a rocket scientist originally from Moscow, performs in a long-form improvisational theater. She does Information Technology research and development and teaches at Georgetown University.