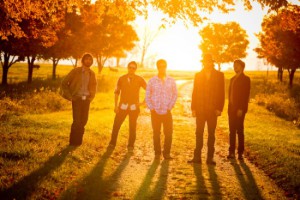 Chamberlin may be the biggest band from Vermont that you just haven’t heard of yet. The recent release of their debut album, Bitter Blood, has had the young indie-rockers criss-crossing the country. Recorded in their remote Vermont cabin, the record is influenced by bonfires, harsh winters, geographical isolation and the women that seem to run perpendicular to their lives.

Now, having recently toured with Grace Potter and the Nocturnals and Carbon Leaf, Chamberlin is quickly catching the attention of fans nationwide. Check out the soaring vocals and master musicianship of this next great Americana band.

Downstairs is a standing venue. Limited seating is available. For those who require seating, please call in advance.