An Evening with Daveed Diggs

Be in the room where it happens as Sixth & I celebrates 15 years of reimagining how arts, culture, spirituality, and community can inspire more meaningful and fulfilling lives.

Daveed Diggs is the Tony and GRAMMY Award-winning actor, writer, rapper, and producer who originated the dual roles of Thomas Jefferson and Marquis de Lafayette in the Broadway sensation “Hamilton.”

Born in Oakland to a white Jewish mother and an African-American father, Diggs competed in his school’s slam poetry competitions, earned a degree in Theatre from Brown University, and couch-surfed while unemployed and going on open-call auditions in New York City before landing his career-changing role where he performed the fastest rap on Broadway at 6.3 words per second in the song “Guns and Ships.”

In this wide-ranging conversation with All Things Considered co-host Ari Shapiro, Diggs reflects on his path to success, the power of storytelling, how he approaches his multi-faceted craft, and the intersections between race, Jewish culture, and identity. Also, Diggs will give a solo performance of a song from his experimental hip-hop group, “clipping.” 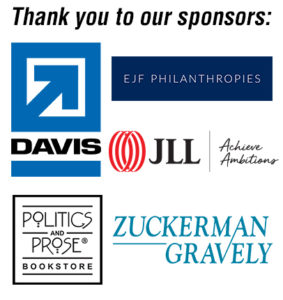