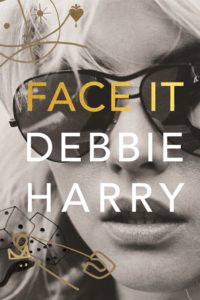 With Chris Stein and Rob Roth

Best known as the face of Blondie, undeniably one of the most trailblazing and influential bands of our time, Harry and Stein brought the worlds of rock, punk, disco, and ska together with “Heart of Glass” and “Call Me” and broke ground by combining hip-hop and pop on “Rapture.” Blondie was inducted into the Rock & Roll Hall of Fame in 2006. She continued to defy expectations with such genre-busting efforts as “French Kissin (in the USA),” “Rush Rush,” “Rain,” and “The Jam Was Moving.” With more than 50 million albums sold and acclaimed solo projects, Harry has also enjoyed a successful acting career with over 30 film and television roles to her credit. She will forever be synonymous with that punk spirit that lives somewhere in all of us.

Stein, in addition to co-founder, songwriter and guitarist of Blondie, is also an acclaimed photographer. His coffee-table book, Negative – Me, Blondie and the Advent of Punk, documents both the private and public moments of his remarkable life.

Roth is a multidisciplinary artist and director working in a variety of media including theater, film, video, sculpture, and performance. He has collaborated with musicians including Debbie Harry, Lady Gaga, David Bowie and Rihanna, among other artists.