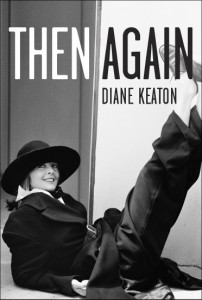 In celebration of the release of Then Again, Diane Keaton’s unforgettable memoir about her mother and herself, the Academy Award-winning actress comes to DC as part of her 4-city book tour.

After making her film debut in 1970, Keaton has starred in some of the most memorable movies of the past 40 years. More than just the autobiography of a legendary actress, director and producer, Then Again is a book about an American family with very American dreams. In it you will meet the woman known to millions as Annie Hall, but you will also meet her mother, the loving and complicated Dorothy Hall.

Throughout her life, Dorothy wrote about her marriage, her children, and, most probingly, about herself. To write about herself, Keaton realized she had to write about her mother, too, and how their bond came to define both their lives. Then Again is an unflinching portrait of her mother and family, recounting a story that spans four generations and nearly a hundred years.