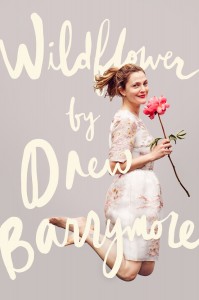 In Conversation with Scott Simon

Descended from Hollywood royalty and working as an actress before she could walk and talk, Barrymore has had much of her private life on display for the whole world to see. Now, at the age of forty, Barrymore has increasingly and deliberately withdrawn from the limelight. With two young daughters and a growing business empire that includes Flower Films, Flower Beauty and Barrymore Wines, she has a fresh perspective on life.

The stories in Wildflower range from the heartfelt to the heartbreaking. They touch on her relationships with her notorious family members and some famous friends, to life changing moments and every day normalcy. They stories center on the complicated relationship between Drew and her father, actor John Barrymore; the story of how Drew’s audition for a role in Poltergeist led to her meeting Steven Spielberg and a role in E.T.; her infamous appearance on the Late Show with David Letterman; being emancipated by the courts at the age of fourteen; and her experiences as a mother.

Barrymore starred in E.T. at the age of six and has gone on to star in such movies as The Wedding Singer, Ever After, Charlie’s Angels and Grey Gardens, among others. In conversation with Scott Simon, Peabody Award-winning correspondent and host of NPR’s Weekend Edition Saturday. Book signing to follow.