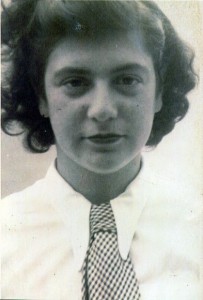 The story of Hilda Stern Cohen, Holocaust survivor and poet, is performed and shot in the locations where it unfolded. Storyteller Gail Rosen weaves together her interviews with Hilda and Hilda’s own poems, discovered by her husband, Werner, after her death in Baltimore in 1997. A moving yet joyous film that journeys through time and places in Europe and in the United States, accompanied by readings of Hilda’s poetry and musical performances.

Conversation with the filmmakers and performance following the film screening.