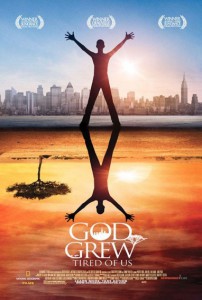 God Grew Tired of Us

In honor of World Refugee Day, the Sixth & I Film Club presents a film about three Sudanese refugees who leave their homeland, triumph over adversity, and move to the U.S. The film will be followed by a panel discussion highlighting refugee advocacy and resettlement on international, national, and local levels. Watch a preview of the film: