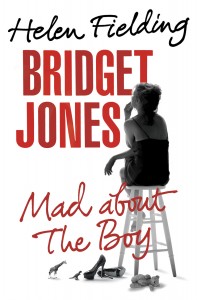 In Conversation with Radhika Jones

When Helen Fielding first wrote Bridget Jones’s Diary in 1996, charting the life of a thirty-something Singleton in London in the 1990s, she introduced readers to a much beloved and relatable character. The book sold more than 15 million copies worldwide and spawned a best-selling sequel in 1999, Bridget Jones: The Edge of Reason. Both novels were turned into films starring Renée Zellweger, Hugh Grant, and Colin Firth.

With her highly anticipated third installment, Bridget Jones: Mad About the Boy, Fielding introduces us to a new, enticing phase of Bridget’s life, set in contemporary London, including the challenges of maintaining sex appeal in your late 40s, and the nightmares of drunken texting, the skinny jean, the disastrous e-mail cc, total lack of Twitter followers, and TVs that need 90 buttons and three remotes to simply turn on. In conversation with Radhika Jones, Executive Editor of Time. Book signing to follow.