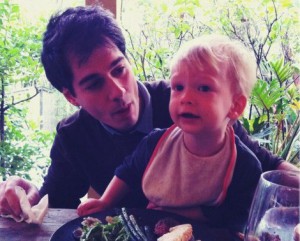 Man Made: A Stupid Quest for Masculinity is Time columnist Joel Stein’s first book – a hilarious and poignant adventure about the absurdities of modern masculinity as Joel attempts to acquire the manly skills he wants to pass on to his newborn son.

Joel’s quest to confront his effete nature—whether he likes it or not (he doesn’t)—includes doing a 24-hour shift with LA firefighters, hunting for wild turkeys, rebuilding a house, and enduring basic training with the Marine Corps.

Seeking help from a panel of experts, including his manly father-in-law, Boy Scouts, former NFL star Warren Sapp and some celebrities, he expects to learn that masculinity is not defined by the size of his muscles but by the size of his heart. As Joel acquires the masculinity skills needed to raise a baby boy in the 21st century, this is not at all what he learns. Book signing to follow.