As our concert series comes to a close, celebrate some of the DC area’s best musical talent at this virtual festival.

Luke Stewart is a Washington, DC and New York-based musician and organizer. As a solo artist, his recent focus is in compiling a series of improvisational sound structures for upright bass and amplifier, utilizing the resonant qualities of the instrument to explore real-time harmonic and melodic possibilities.

Lotion Princess was started by Sasha Elisabeth in 2016 following the worst breakup of her life, and she hasn’t held anything back since. The band found its roots in the DIY music scene in Washington, DC, where Sasha recruited Katie Parker (bass, vocals), Andrew Grossman (guitar), and Tommy Sherrod (drums). With a sound that’s been called “an aural form of a cathartic walk in the woods” (DCist), Sasha delves into deeply personal narratives surrounding queer love and heartache, mental health, attachment, and their ever-developing intersections.

Be Steadwell is a musician, filmmaker, and storyteller from Washington, DC.  In her live performances, she utilizes looping, vocal layering, and beat boxing to compose her songs on stage. Be’s original music features earnest lyricism and affirming LGBTQ content.

Yasmin Williams is an acoustic fingerstyle guitarist with an unorthodox style of playing. A northern Virginia native, she taught herself to play guitar by ear and released her first EP Serendipity, which she recorded and mixed herself while still in high school. Yasmin utilizes various techniques including alternate tunings, percussive hits, and lap tapping in her music to great effect.

If you can, please consider making a tax-deductible donation of any amount to support your local creative economy. Contributions will be shared equally between the artists featured in this show. 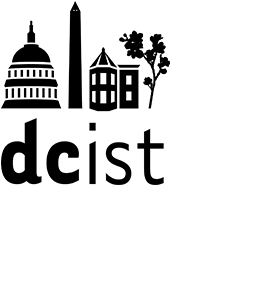