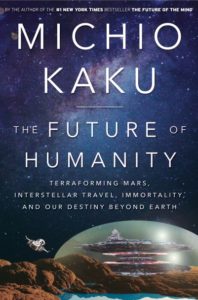 In The Future of Humanity: Terraforming Mars, Interstellar Travel, Immortality, and Our Destiny Beyond Earth, the science correspondent for CBS This Morning and host of the radio programs Science Fantastic and Exploration traverses the frontiers of astrophysics, artificial intelligence, and technology to offer a stunning vision of man’s future in space, from settling Mars to traveling to distant galaxies.

Kaku explores a compelling vision of how humanity may develop a sustainable civilization in outer space. He reveals the developments in robotics, nanotechnology, and biotechnology that may allow us to terraform and build habitable cities on Mars and beyond. He then journeys out of our solar system, where scientists have found numerous planets orbiting neighboring stars and may soon find a twin of Earth.

In The Future of Humanity, Kaku discusses how new technologies such as nanoships, laser sails, and fusion rockets may actually make interstellar travel a possibility. He also investigates some of the hottest topics in science today, including warp drive, wormholes, hyperspace, parallel universes, and the multiverse. Book signing to follow. 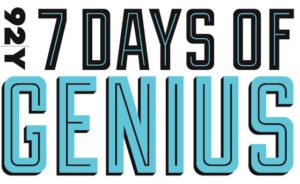