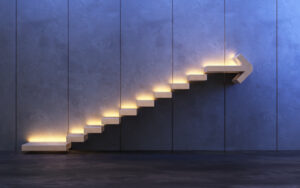 This series meets in-person on Wednesdays, August 17, 24, and 31 and September 7 from 7:00 pm – 8:30 pm. Masks and proof of vaccination are required. Please review our health and safety protocols here.

Engaging with Israel can be daunting, to say the least, whether you feel you don’t know enough to speak about it, feel nervous to say the wrong thing, or are overwhelmed by the sheer complexity of the issues at hand.

Designed as an entry point into the conversation, this series is for those who want to learn about or engage more deeply with Israel. With Rabbi Aaron as your guide, over four weeks, you’ll gain historical and contemporary frameworks to help you better understand a variety of issues related to Israel, with each week focusing on a different topic: Israel’s intersection with Judaism, Israel as a modern day nation state, Israel and its ethical responsibilities towards Palestinians, and Israel’s relationship with America.

While we welcome people from across the political spectrum and encourage you to ask challenging or difficult questions, this series is intended as a space for curiosity-based learning, not ideological debate. The material will aim to include a variety of viewpoints and perspectives, leaning “liberal Zionist” in its approach. Come with an open mind and ready to do a little reading before each class.


How does Judaism as a religion relate to Israel, both historically and today? This class focuses on Israel’s role in ancient Jewish history and in our 2000-year-long diasporic imagination. We’ll explore the way Judaism is integrated into the country today and discuss why decoupling Israel and Judaism is so hard.

Class 2: The State of Israel
Wednesday, August 24
How does Israel as a modern nation state function, and how did we get here? Explore different visions of early Zionism, the history of Jewish immigration to Israel, and how the makeup of its population has changed over time. Deepen your understanding of Israel’s government and political system, including the tension between being a Jewish and democratic state, politicians you should be aware of, and what to expect during Israel’s upcoming elections in October.

Class 3: Israel and Palestine
Wednesday, August 31
What are Israel’s responsibilities towards the Palestinians? Learn about the issues Palestinians face as they relate to Israel’s creation and policies. This class will explore key terms and concepts including the Nabka, the occupation, right of return, settlements, and intifadas, among others, and examine the current situation of the Palestinian population in Israel, the West Bank, Gaza, and abroad.

Class 4: Israel and America
Wednesday, September 7
What unites and divides Israeli and American Jews? This class will compare and contrast these two groups, from religious and political leanings to race and socioeconomic status. Dive deep into the history of American Jewish involvement in Israel, including the American government’s shifting approach and relationship with Israel and the various groups working to influence that relationship and Israeli policies.

About Next Level
If our standalone classes have left you wanting more, you might be ready to take your Jewish learning to the next level. This series offers an opportunity to dive deeper into specific Jewish topics over the course of four weeks while building community with your peers who share a sense of curiosity for the world around them. In addition to Next Level: Israel, other Next Level classes will explore ethics, antisemitism, and Jewish thought.

No one will be turned away from any of our classes due to lack of funds. For more information, please contact our Jewish Life Manager, Leila.