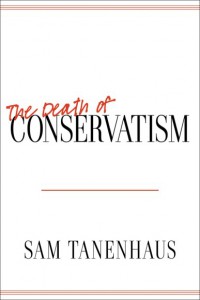 Sam Tanenhaus: The Death of Conservatism

In his new provocative book, Sam Tanenhaus—editor of the New York Times Book Review and the Week in Review and the prize-winning author of Whittaker Chambers—poses the question, “Why does the contemporary Right define itself less by what it yearns to conserve than by what it longs to destroy?” For seventy-five years, he argues, the Right has been split between two factions: consensus-driven “realists” who believe in the virtue of government and its power to adjust to changing conditions, and movement “revanchists” who distrust government and society—and often find themselves at war with America itself. Tanenhaus argues that conservatives today need to understand that the true role of conservatism is not to advance a narrow ideological agenda but to engage in a serious dialogue with liberalism and join with it in upholding “the politics of stability.” Tanenhaus will share his thoughts on why he believes there is hope for conservatism.