To call Steve Coleman ”influential” is an understatement. The musician presented acclaimed weekly workshops at The Jazz Gallery in New York City almost every season from 2004-2013, where anyone with a thirst for knowledge could go to absorb the infinitude he has to offer. It is this life of work that has won Steve numerous acknowledgements such as the Herb Alpert Award (2000), the Doris Duke Impact and Artist Awards (2014 and 2015), a MacArthur Fellowship (2014), a Guggenheim Fellowship (2014), and a New Music USA Award (2015).

One of the founders of the so-called M-Base movement, Coleman has led several groups, and has recorded extensively. Influenced by saxophonists like Charlie Parker and Sonny Rollins, he has performed and recorded with Thad Jones, Sam Rivers, drummer Doug Hammond, Cecil Taylor, Abbey Lincoln and Dave Holland. Coleman incorporates many elements from the folkloric music of the African Diaspora fused with musical ideas influenced by ancient metaphysical concepts. His main concern is the use of music as a language of sonic symbols used to express the nature of man’s existence.

Coleman does not agree with using categories to describe music today, in particular he does not use the term jazz. Preferring a more organic approach to music he uses the term Spontaneous Composition.

One of the primary methods that Coleman uses to create his music is linked to two concepts: Sacred Geometry (the use of shapes to symbolically express natural principles), and Energy (the potential for change and change itself in physical, metaphysical and psychic phenomena, including Life, Growth, etc.). Coleman uses various kinds of musical structures to symbolize the Sacred Geometry and specific kinds of musical movement to reference the various states of Energy.

This event is co-presented by the DC Jazz Festival. 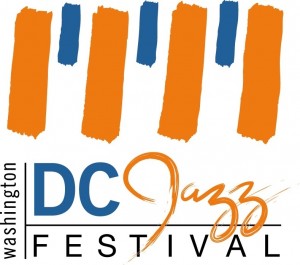