Hailed figuratively as the “Father of Minimalism,” the revered composer and multi-instrumentalist Terry Riley is the literal father of electric and acoustic guitarist Gyan, whom The New Yorker has praised as “a one-man American-music machine, amicably ranging across the fields of jazz, world music, and post-minimalism.” In their duo performances, the elder Riley contributes his own robust eclecticism, delving into classical minimalism, jazz, Indian ragas, and other musical currents on acoustic piano, electronic keyboards, and vocals. The result is a “series of joyously ramshackle improvisations…like Bach doing bebop” (Guardian). 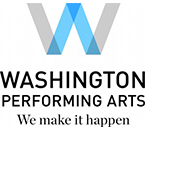