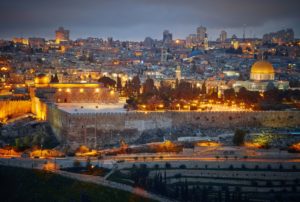 This class will be taught by Rabbi Shira.

The Boycott,  Divestment, and Sanctions (BDS) movement is (a) a sincere effort to get Israel to change its policies through non-violent economic pressure; (b) a misguided attempt by naïve activists, many of them Jewish, to bring Palestinian oppression into the light; or (c) thinly veiled anti-Semitism. This workshop will discuss what BDS is, whether it’s working, and who gets to define when anti-Israel sentiment becomes anti-Semitism. From the Bundists to Judith Butler, we will also explore the history – and present state – of Jewish criticism of Zionism and Israel.