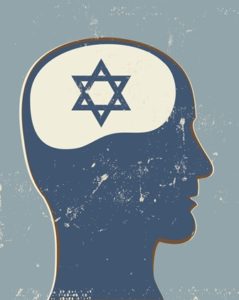 Defining who is a “Jew” may be one of the most controversial/debated topics in modern Jewish life. By studying the most recent efforts within the Conservative Movement to allow for interfaith marriage, this class will explore the history of conversion and Jewish status in ancient Israel, the United States, as well as modern Israel.

Through the examination of biblical, rabbinic, and medieval sources, this class will examine how Judaism has been defined as an interlocking set of identities based on peoplehood, culture, language, and belief. Explore how the role of women and LGBTQ Jews has evolved throughout history and where the different denominations stand in relationship to the secular ideal of broader inclusion in modern society.

About this six-session series:

Being a Jew in the modern world is complicated. Over the course of a year, each session in this six-part series will focus on a different hot topic in modern Jewish thought. Uncover transformative Jewish ideas that have led our society closer to peace and justice while grappling with complicated ethical dilemmas provoked by our most ancient texts.

Even someone who went to Hebrew school may feel that the Torah isn’t relevant to their lives. This series aims to smash the idols of irrelevance and bring Jewish thought into the 21st Century. Through the exploration of key texts from the tradition, learn how to integrate ancient wisdom into everyday life.

Throughout the year we will explore questions such as: How can the Torah teach us to pursue justice and equality for all, while at the same time calling Jews the Chosen People? How do we understand our obligation to seek peace when the Torah is riddled with stories of war? Who gets to decide if I’m Jewish “enough”? What is the ideal relationship between politics and religion?

This class is meant for anyone who is looking for a series of classes focused on Jewish philosophy and thought. If you have any previous Jewish education—Hebrew school, university classes, intro to Judaism classes at Sixth & I or elsewhere—this is a great way to explore some of the most challenging ethical dilemmas of the modern age. Basic knowledge of Jewish concepts and terms is helpful (but not mandatory) because this is not an introductory course. For questions, contact Rabbi Suzy.