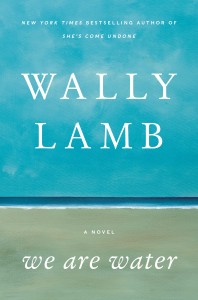 From the #1 New York Times bestselling author of She’s Come Undone and I Know This Much is True, comes We Are Water, a probing exploration into the complexities of the human heart to explore the ways in which we live, love, and find meaning in our lives.

The impending marriage of Annie to another woman has stirred up conflicting emotions among the children from her 27-year marriage. Annie’s psychologist ex-husband says he is fine—but is he?

As this turmoil plays out, a larger, potentially more destructive drama surfaces, rocking the family’s foundations in unexpected ways. The novel vividly captures the flawed humanity of these characters as they struggle to find hope and redemption in the aftermath of trauma and loss.