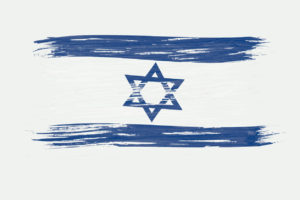 Truth to Power: The Struggle for Israel’s Democracy

As Israel celebrates 70 years of independence, we have many reasons to take pride in its democracy. But just as we cannot take our own democracy for granted in America, nor can Israelis. What are the current risks to Israel’s democratic character? How does it relate to the reality here in the U.S. and how can Israelis and Americans confront ultra-nationalism, racism, and xenophobia? What can we learn from the challenges to Israeli non-governmental organizations fighting to protect democratic institutions?

Gitzin also serves as a city council member in Tel Aviv-Jaffa and is the Mayor’s advisor for global development and innovation. In 2013, Gitzin received NIF UK’s Human Rights Award and in 2015, NIF’s Gallanter Prize for Emerging Israeli Social Justice Leaders.

Wittes previously served as Deputy Assistant Secretary of State for Near Eastern Affairs, coordinating U.S. policy on democracy and human rights in the Middle East during the Arab uprisings. She is a co-host of Rational Security, a weekly podcast on foreign policy and national security issues and the author of Freedom’s Unsteady March: America’s Role in Building Arab Democracy.