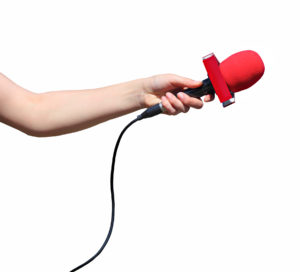 Work in Progress: Women in Media

Curious about what it takes to work as a TV reporter, or who’s behind-the-scenes of your favorite radio program?

The panelists – who have all achieved success and recognition for their work in a short amount of time – will share how they got their start, the unique triumphs and challenges of working as a woman in media, and advice for those interested in pursuing a similar path. This conversation is designed for those getting their start in the industry, considering a career switch, or curious about the inner-workings of well-known media outlets.

Gold covers European politics, media, and global business for CNN, focusing on the continent’s changing relationship with the U.S. Prior to joining CNN, Gold spent more than five years at Politico as a media reporter.

Petri writes opinion articles and the ComPost blog for The Washington Post, offering a lighter take on the news and opinions of the day. She is the author of A Field Guide to Awkward Silences. She joined The Post as an intern in 2010, after graduating from Harvard College.

Westerman produces coverage of notable happenings for Morning Edition, including the European migrant crisis and the 2016 presidential campaign. She is a two-time reporting fellow with the International Center for Journalists.

Prior to joining Sixth & I, Moran was the Executive Vice President of Global Programming for the National Geographic Channel. She has also worked at E! Entertainment, Discovery Channel, and TLC. She received The Hollywood Reporter’s “Next Gen Top 35 under 35” award and currently sits on the Advisory Council of The George Washington University’s School of Media & Public Affairs.